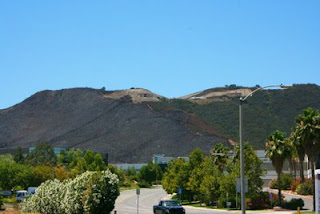 City or county ordinances that protect viewsheds would prevent the construction of the homes shown here at the top of the valley slopes, but considering the recent fire that scorched the slopes on the left, it would be a good idea to prevent such construction. The vegetation on these slopes is collectively referred to as chaparral, which has it origin in the Spanish word chamas, for fire. Burning vegetation combined with the steep slopes creates a chimney effect, pulling hot air in, heating it, sending it upward, carrying heat and flames with it.


Chamise, a dominate plant in the chaparral is also called "greasewood" for its tendancy to burn. Fire is common. It has shaped the chaperal biome. It will continue to occur and will have to be managed. But the only way these few homes on top of slope will be safe is to eliminate the chaparral below them, which alters the view of the this slope as seen by thousands of residents in the valley. Remaking the vegetation would also displace many animals and elimate the plants that grow here and this portion of the hillside will stop serving as a corridor for the movement of species and genetic diversity between fragments of the Cleveland National Forest.


I'll be watching this hillside to see if it recovers naturally or preventative measures are taken for the sake of the few houses on the top.

Here are some of the animal photos I've taken while on local hikes: 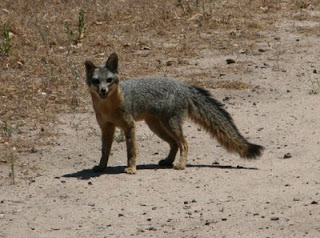 Grey Fox: I met his creature chasing a rabbit. (He was chasing the rabbit.) Both lept out of the bushes beside me and the rabbit disappeared. The fox looked at me (posing) and lurched off into the bushes. 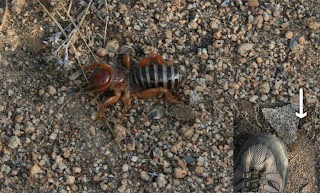 This is known as a Jeruselum Cricket. The inset on the left shows my foot (men's size 12) next to the cricket for size. (This is as close I as got to the creature.) 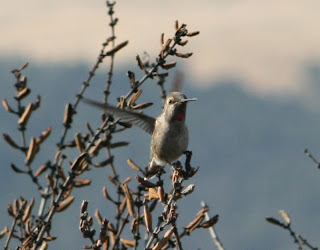 I don't know which species this hummingbird is, but I think the red marking on the throat will be obvious to those who do know. I was impressed that I could unwrap my camera and get shot in time to catch its wings in motion. 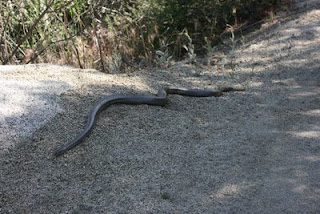 When encountering a snake on the trail, I usually scare it away with my almost involuntary foot shuffling (a natural and beneficial panic reaction that I've never cured myself of), but this rosy boa stayed put. Though rosy boas are common in our region, seeing one is rare. Since seeing this boa obstructing the trail, I've contemplated what it would be like to see the boa from 58 million years ago reported in the journal Nature. The authors describe a boa that was a meter wide, that would be like a meter wide log laying across the path. 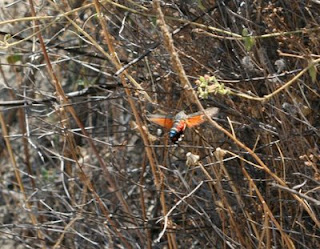 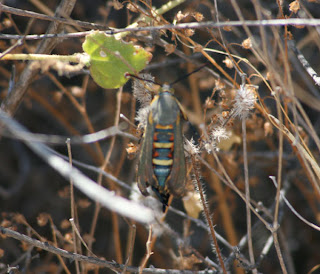 And... according to an interpreter at the ecological reserve (where all of these photos were taken), this above insect is Manroot Borer (Melittia gloriosa). They are found from Kansas and western Texas to southern California and up through Oregon. The caterpillar bores into the wild cucumber root (Manroot) and overwinters in a silken cocoon beneath the soil. It is highly prized by collectors. Probably for its attractiveness (note the species name) but also because it's rare. They are in flight during the months of May through October and they become more active as the temperature increases.

Getting people into your astrophotography 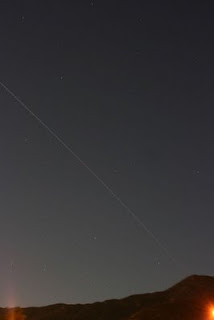 My grandmother once chided me saying, "You really should include people in your photographs, otherwise, how am I to know who's there?" It has been difficult accommodating her in my astrophotography. This photo is one exception. There are people in the object making the streak across the sky, as it is the International Space Station, possibly at its brightest (as of July 6, 2009). 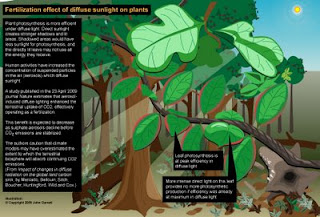 Above is a new illustration summarizing a recent article in Nature about the effect of aerosol-induced diffuse lighting on the terrestrial biosphere (click to enlarge the picture; or click here to see the interactive version). Below is an update to a summary on carbon fertilization that includes references to all sources I portrayed in the illustration. 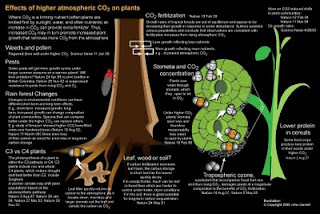 The two are part of an extended, interactive demo I'm creating on how the biosphere will respond to global warming, rising CO2, and other perturbations.