The sun today is quite active in the hydrogen-alpha band, as shown by this a-focal image: 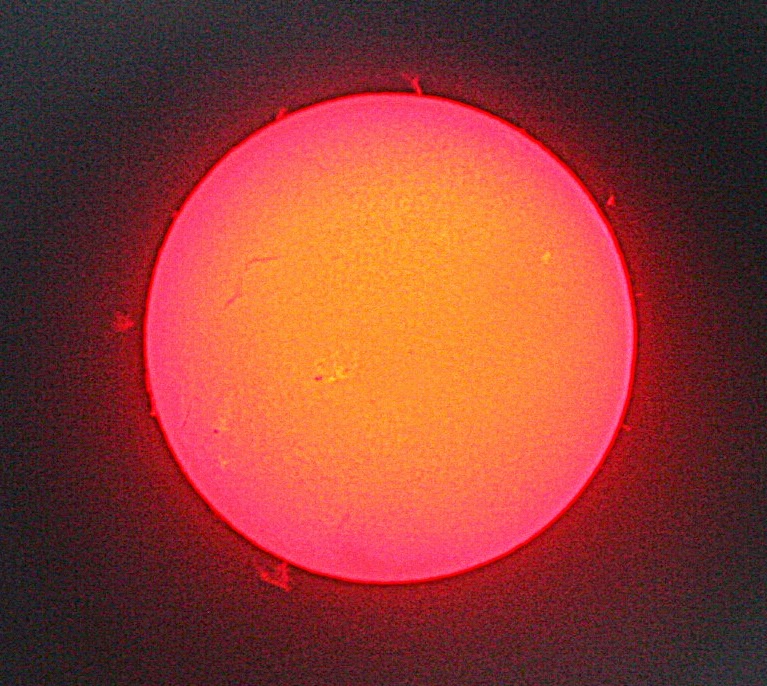 The prominence in the lower left was most impressive, earning it the title Queen of Prominences, or The Prom Queen, for short.

I watched and photographed the prominence for about an hour and half during which time it became disconnected visually from the edge of the sun before disappearing. 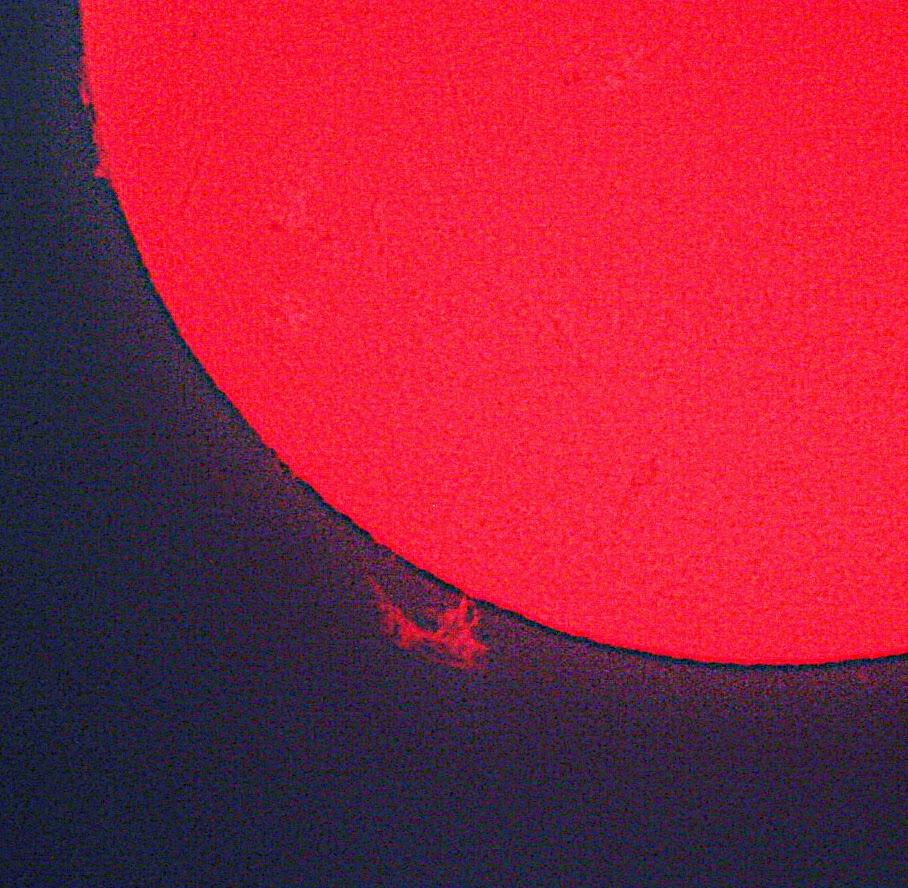 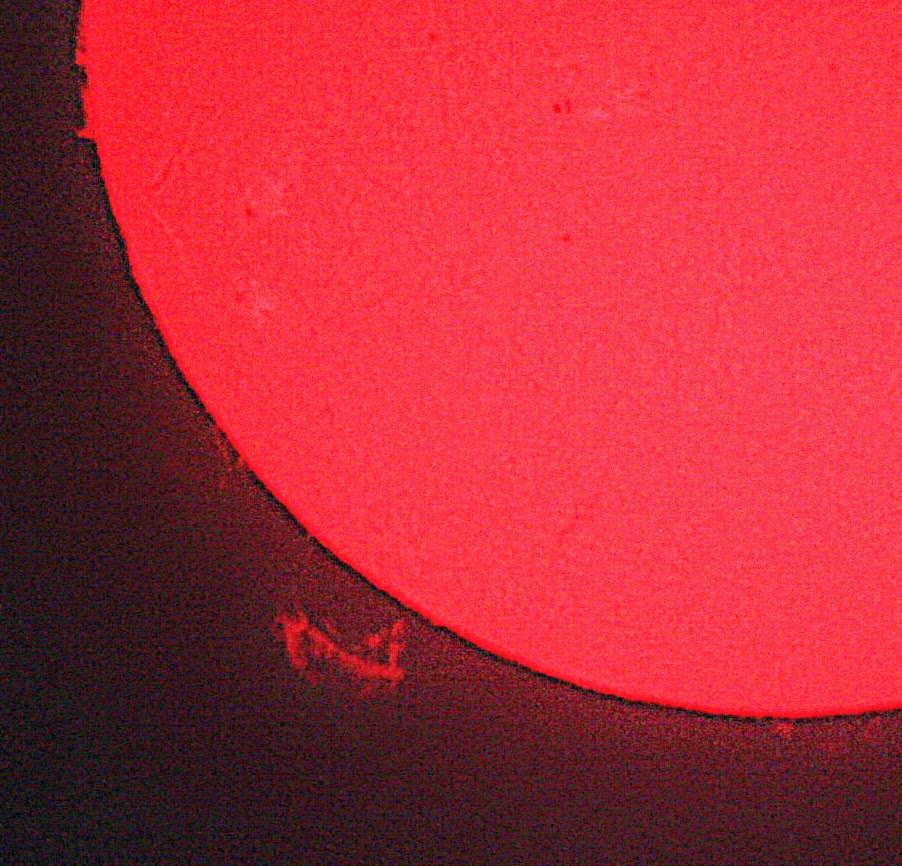 Here is an animated transition between these two images:

I enhanced the sharpness of these photos to compensate for the blurring introduced by my crude a-focal photography. The prominence appears close to what my eye saw but sharpening added unnatural contrast to the sun's edge.