My astronomy club assists the astronomy club of a local middle school, and for their meeting today, I collected my comet photos, taken over the past ten years. This topic is in anticipation for a moderately bright comet expected to grace our sky in little over a week.

Comet PANSTARS has been visible in the southern hemisphere and has brightened so that by the time it slips into the northern hemisphere sky on March 9, it should be discernable in binoculars. Look low to the west just after sunset. Then when the cresent moon appears on the 11th and 12th, look near the moon to find the comet.

My photo of McNaught from January 2008 is a brighter version of what to expect for this sunset comet: 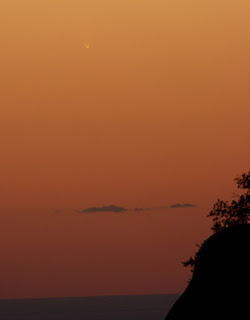 Dr. Eric Grosfils is the Minnie B. Cairns Memorial Professor for the Geology Department of Pomona College and will be speaking on impact cratering. His talk will include the recent recent meteor eplosion over Russia. 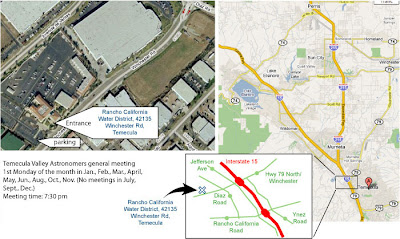 Though the weather will scuttle all outdoor viewing at tonight's star party at the Murrieta Library, an indoor presentation is still scheduled for 6:00 pm, or shortly after. The indoor program is tailored for children and covers various observations one can make throughout a year and special observations that occur from time to time or that occur rarely.

Bright lights did not deter this vandalism 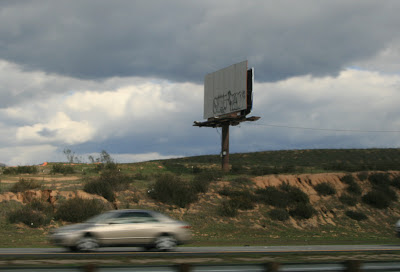 Bright light did not deter the vandalism to this billboard on I-15 in Murrieta, CA. This Lamar billboard stays well lit all night. I am making the assumption that the graffiti occured at night. If not, well, that may assist my argument too. Also, lighting often makes us complacent: we automate the light and then get lazy. The best response to graffiti is to quickly cover it up so the vandals don't have the reward of seeing their work displayed night and day for tens of thousands of motorists who commute on this freeway. The Lamar sign company is on autopilot. This graffiti has been blazing for over two weeks, and still no response by the company to do what it can to deter future acts.

Congratulations to the sign manufacturers and those who would deploy these animated, colorful signs. They've found away to engage a driver by triggering one's normal reflex toward motion or by creating something of interest that a driver will choose to observe for at least two seconds, a period recognized as a common rule of thumb for safe following distance between vehicles.

The study was conducted in Sweden. It examined only the attention of drivers and did not make any connections between the use of signs and accidents. Sweden, however, will not be using such signs and has removed those in place for the study.

Other lighting news: A rather efficient light bulb that continues to spray light in all directions (which can be quite inefficient in outdoor fixtures) is described here:

And last, a friend wrote a fine guide for assessing household energy use that I wish to post here for reference:


On Jan 21, the moon and Jupiter appeared near each other. I was looking through my photos today and discovered this one. You can see cloud bands of Jupiter and lunar detail in one photo. This event repeats on Feb 17, though the objects will be a little farther apart, but viewable in a pair of binoculars. I photographed this with a 3-inch telescope at prime focus, focal ration of f6.4. 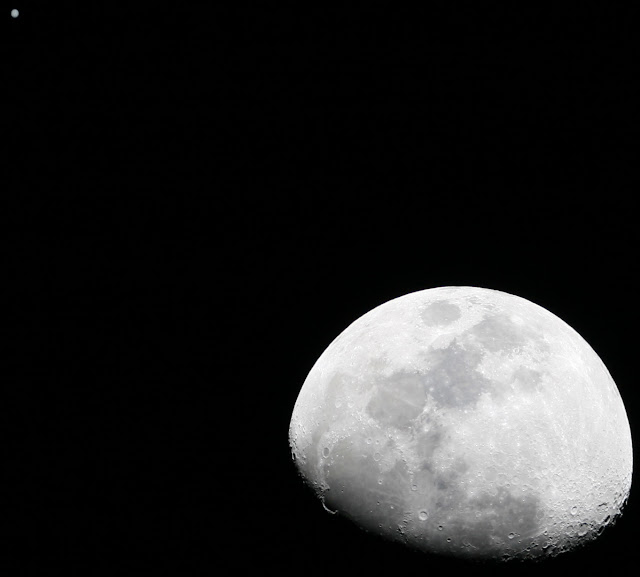 This image shows Jupiter without any reduction in pixel size. 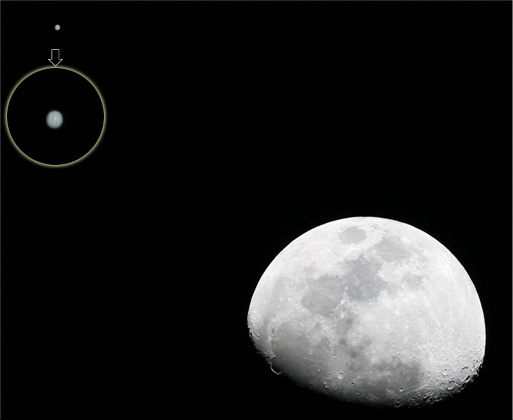