The Santa Rosa Plateau Ecological Reserve and the Temecula Valley Astronomers will host a star party for the general public. Children are welcome. A ½ hour slideshow on astronomy begins at 7:00 and will be presented regardless of weather. After the show, visitors can observe the heavens through the telescopes  of the Temecula Valley Astronomers. Highlights will be the moon, the planets Jupiter, Venus, and Mars, and various star clusters and nebula.
Below is a map to the Reserve's Visitor Center where telescopes will be set up from 7-9 pm. The public observing time is 7-9.
The Reserve must charge their standard day-use fee to the general public:
Ages 2-12: $2.00 per person
Ages 13 +: $3.00 per person 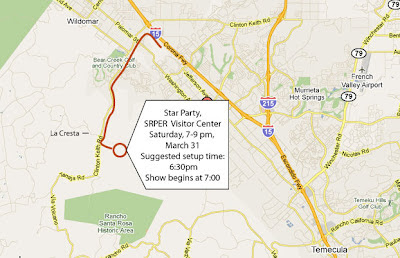 A few photos from my recent stay in the desert provide some delightful contrast of extremes: snow and palms and rainbows: 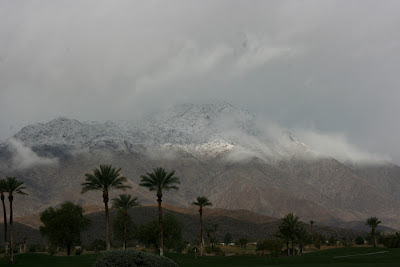 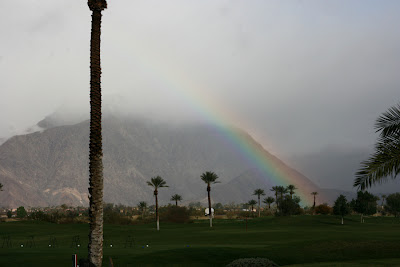 This is a holding place for photos of the recent conjunction of Venus, Jupiter, and sometimes Mercury. The two images at the top are at the same scale, but taken 5 days apart. Mercury as seen on 3/8 is blown up, since reducing the image for the web made it hard to see. 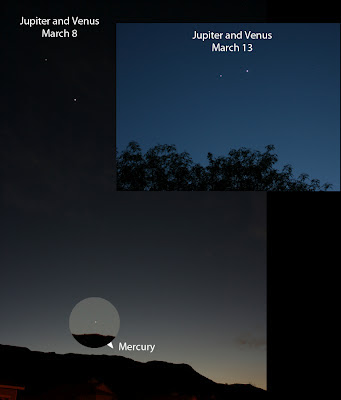 LED signs in Wildomar under consideration 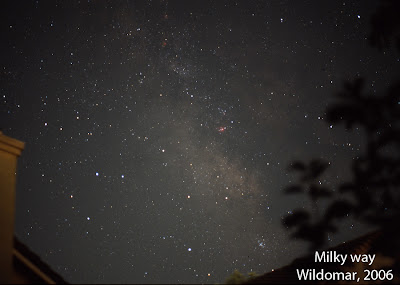 The Lake Elsinore/Wildomar Patch reports that the Wildomar City Council is considering the request by two organizations to use LED signs on their premises:
I have no objection to light being used for safety, security, and decoration, but if it's nature is to harass, boldly miss the target, or distract motorists, then its convenience to the owner is not worth the public nuisance, energy waste, and light pollution.
The organizations requesting these lights are the Elks Lodge and Cal Lutheran High School. Both should claim to be community-oriented, so I would ask why they want to deploy technology that can distract motorists, especially in front of a school. Both organizations are also in violation of Wildomar's existing lighting ordinance. Cal Lutheran's area lighting should be low pressure sodium and their floodlight illuminating their emblem should be downward pointing. I discussed these with their principal years ago.
The Elks Lodge installed white wall mounted lights and white parking lot lights that are in violation of Wildomar's ordinance 8.80, making this a recent violation. Members the Lakeland Village/Wildomar Revevelopment Project Area Committee (RDA) asked them to comply with Wildomar's lighting ordinance. The RDA was involved because the Elks Lodge is a recipient of an RDA grant, and the request came specifically from a member whose community organization is a next door neighbor to the Elks Lodge.
jg 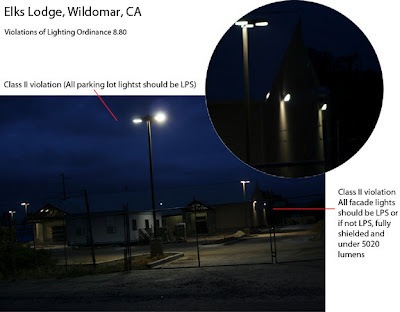 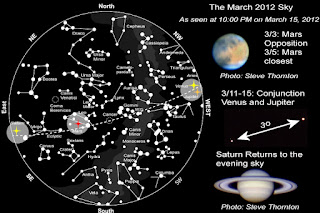 Sky Map with planets visible to the naked eye. 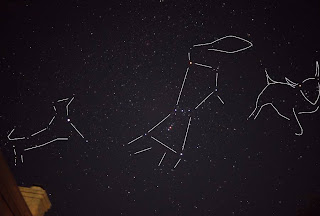 Say good bye to Canis Major, Orion, and Taurus, as these constellations set early. NOTE: I interpret Taurus differently that what is customary. I give Orion's shield to Taurus, becoming the bull's rear legs. 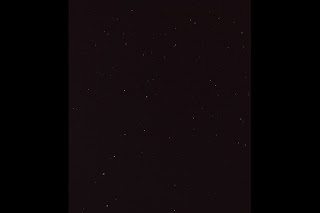 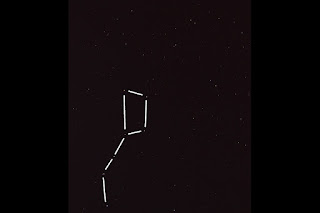 The common asterism of Ursa Major 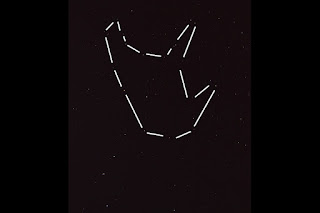 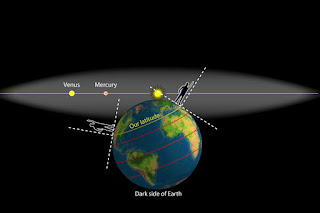 March (or Spring equinox) makes for a highly tilted ecliptic in the evening, and lowly tilted in moring, making now a good time to observe Venus. Mercury, however, was high at the beginning of the month but by now has dropped low. Also, the high eclipted makes this time of year is the best time to observe the evening zodiacal light. Look for this 30-60 min after sunset. 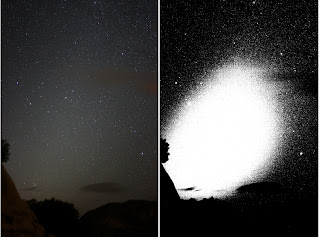 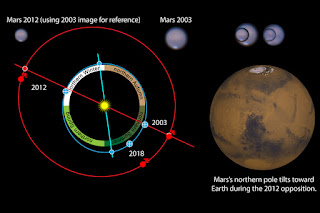 Various conjunctions of Mars. Top right: Mars from 2003 with estimated size of Mars 2012 opposition on top.
jg
Posted by jg at 12:43 PM No comments: