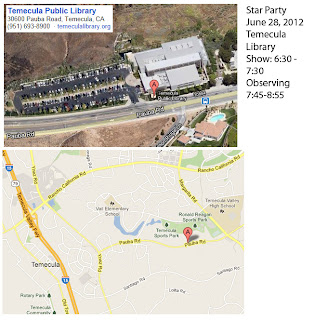 I will present "Earth, Orbit, and Climate." My presentation is a illustrated look how the science of astronomy contributes to our understanding of climate change. I cover the Sun, the greenhouse effect, climate sensitivity, paleoclimate data, and Earth's changing orbit. Below is a sample from the section describing the greenhouse effect. 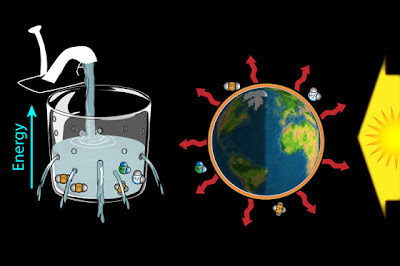 I have given this talk to middle school students, so I hope the illustrated nature and my simplifying of concepts, makes this presentation suitable for a broad range of learners. Some graphs and technical explanations are necessary, but most will have the simplicity of the above illustration.

After the presentation, the Temecula Valley Astronomers will have a few telescopes set up for some observing of the moon and Saturn until the library closes.
jg
Posted by jg at 12:07 PM No comments:

Night Light Can Harm Your Health

It is June 16 and I'm seeing a spectacular group of sunspots. My photos were taken with a white-light solar filter at about 40 and 100x magnification. I always add a little yellow, though the sun is white. And I applied unsharp masking in Photoshop to sharpen the details. 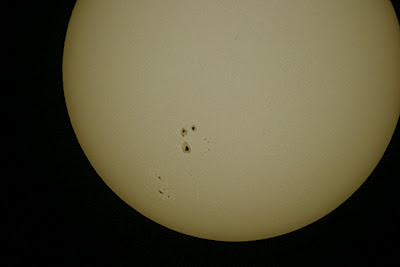 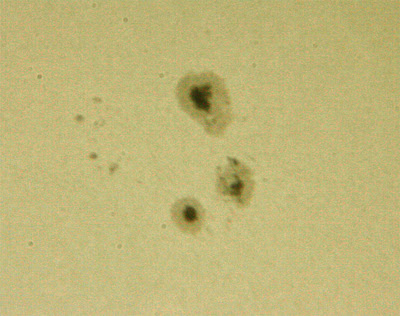 On June 5, I observed and photographed the 2012 transit of Venus from Borrego Springs. Though the skies were clear, it was quite windy, so most of my photos were distorted. But of these, a few serve to tell the story of this rare siting. 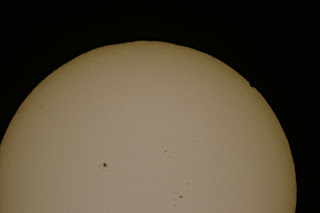 Below shows Venus taking a bite out of the sun: 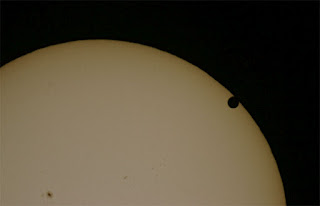 The teardrop effect can be seen here. Though, I can't claim the effect is a genuine tear drop instead of distortion from the wind. 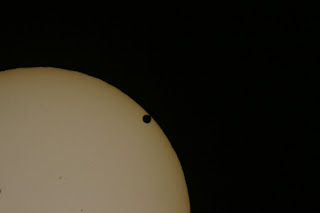 And another, almost teardrop effect: 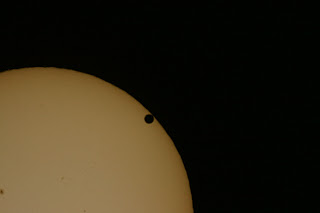 A few minutes into the sun: 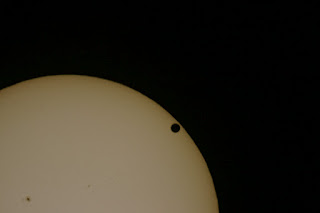 Here is a close-up of the anti-teardrop effect. A few of my photos at second contact (the point Venus appears fully in front of the sun's disk) showed a bulge of the sun where a teardrop shadow should be. Is it my viewing conditions or something else? 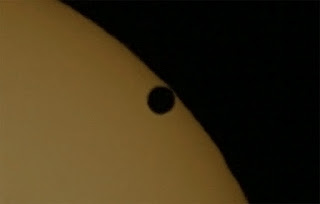 As the transit progressed, the clarity of my images got worse. As of today, I've examined only a third of the photos.

UPDATE: A few more photos added:
This one is my last clear image at this magnification: 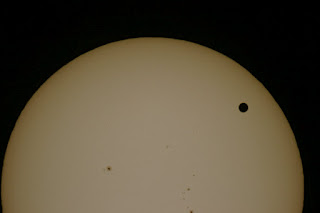 As the sun got lower in the sky, I shortened the focal length to get a smaller image. The smaller image showed less of the atmospheric distortion: 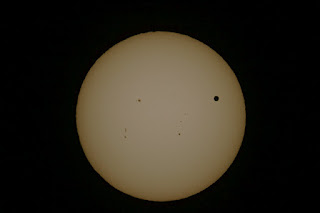 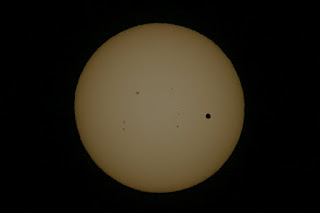