In August of 2011, I stayed at the Wikiup B&B (which has a guest room named after me -- "Garrett's Stargazer"). I was stargazing from the Wikiup's backyard, which overlooks woodlands and scrub habitat, and in the nearly pitch black night I could make out a glowing tree (my Moses moment). I photographed it that night and then again the next day. 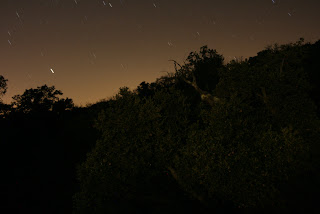 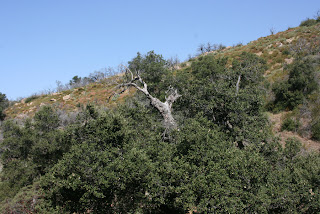 As a child, I encountered a decaying stump that glowed with a greenish color. I put a piece of the stump into my shirt pocket and I could still see the glow and grain of the wood through my shirt material. Unfortunately, the bioluminescence was ephemeral, and the following night, the chip had about a fourth of its radiance. By the next night, it was out like a dead lightbulb.

Upon seeing the glow in the Julian night, I was reminded of that glowing chip. Was this bioluminescence or a dead tree catching someone's distant mercury vapor lamp? Mercury vapor shows up green in photos, and as they are ubiquitous, it seemed the more likely explanation. I looked and couldn't find a light source, so there either was none (very possible at this location) or it was hidden from view. I also took longer exposures hoping to reveal the spill of a light onto other parts of the scene. E.g., a shadow would suggest an electric light was the cause. Since the tree was separated from me by a ravine and barbed wire, I couldn't investigate further, so this remains an unsolved mystery. 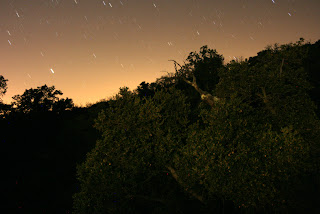 Labels: botony
I had hoped to get more photos of comet PANSTARRS, but with my telescope, the best lens I have, instead of a zoom lens. However, schedule conflicts and weather interferred. So, while I lost the comet, I found this instead: 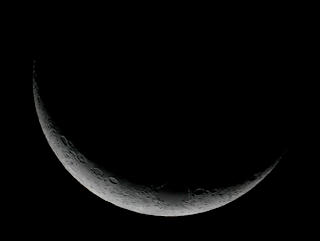 It's great. You can use it to tell the time as well as how cloudy it is. It makes a great calendar, and if you stare closely at it, it will invoke awe and wonder regardless of your age. Steeped in legend, it is a great source of metaphor. And it works without Internet or GPS.

With the onset of Spring out come the rattlesnakes. I photographed a baby rattler with my shoe for size. Snakes like these are why I never hike with my sunglasses on. For me, sunglasses make it harder to see a snake in the trail, especially if the trail is covered by shadow. 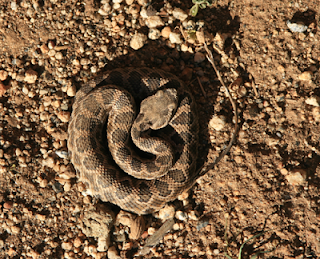 Baby rattler (I think it's a western diamondback) 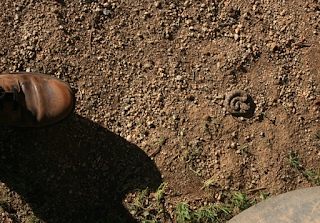 A size twelve shoe shows how small this snake was.

I'm posting more images from my 3/12 photo session with the lovely comet PANSTARRS. All photos were taken with a 28-105 mm camera lens at f4. I used a variety of zoom settings and I believe all exposures were between 1 and 8 seconds, as permitted by the brightness of the sunset's glow. The first image shows the setting with crepuscular rays so one can envision where the comet was in relation to the setting sun. By now, it has moved north of the setting sun, where it should be visible tonight. (Double-click to enlarge the images).
jg 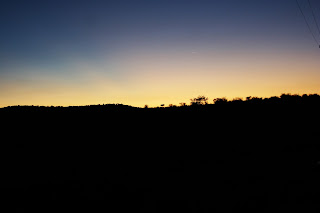 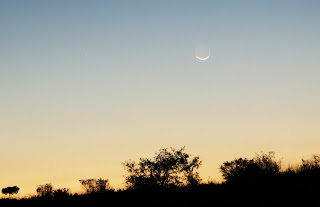 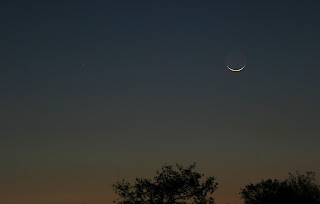 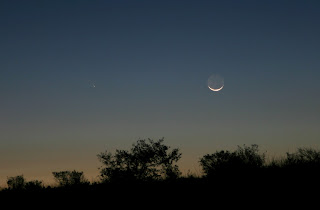 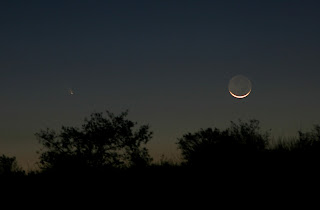 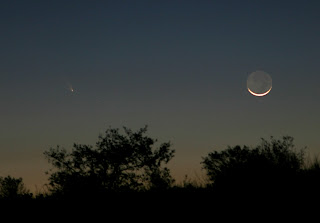 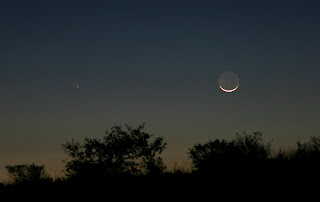 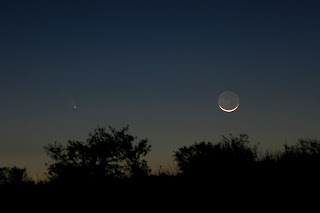 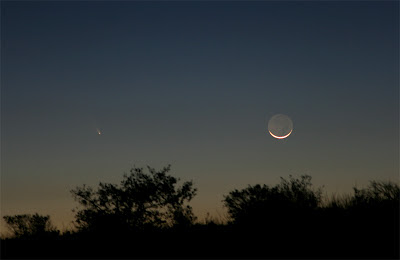 Comet PANSTARRS at 7:45 on March 12,
as viewed from the Santa Rosa Plateau.
The comet is very easy to see in binoculars. Tomorrow night, look right of the moon.
jg
Posted by jg at 9:24 PM No comments:

The Wildomar City council will be considering an revised lighting ordinance during their March 13 council meeting. The ordinance is a great improvement over Riverside County Ordinance 655 which was adopted by Wildomar upon incorporation as a city. The revised ordinance keeps up with changes in land use, population density, and lighting technologies that have emerged since the 1980s when ordinance 655 was created.

Residents of Wildomar may be asking themselves this question: Do I have to change my lights?

The ordinance is not intended to apply to existing dwellings unless that dwelling is undergoing a change of use or new construction.

As much as I wish this ordinance would provide one neighbor some reasonable protection from another's intrusive and inconsiderate use of light, it doesn't. I hope this limit in applicability will assure any resident that the new ordinance is not to be feared.

I'll be writing more on the ordinance, but felt this one point needed clarification. 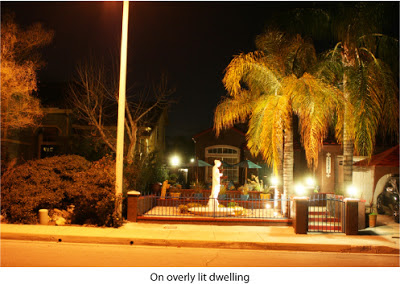 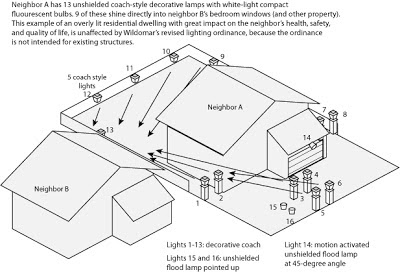