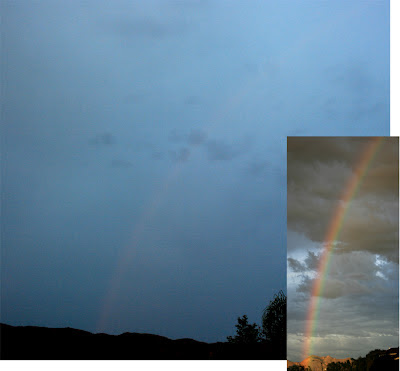 I'm wondering if we have an abundance of rattlesnakes in Riverside County, CA this year. I hike the snake-invested hills weekly -- have been doing so for over 10 years -- and typically I see a rattlesnake once a year, or less frequently. And all of these sightings are in spring or early summer. This year, however, I've seen five, and during the summer months, with the most recent being four days ago. A friend reports that his network of mountain bikers also have observed an increase in rattlesnake sightings.

I've never felt threatened by a rattlesnake, though I've seen them over a dozen times. The snakes were either quick to get away -- why I have so few good pictures of them -- or they just laid were they were, very passive. Three times (and all were this summer) the snake scurried to the nearest protective crack or bush and then rattled at me. From my experience, I've seen no reason for anyone to attack a snake. You either scare them, or they scare you -- either way, the solution is to back off quickly.

Once I encountered a teen-aged hiker carrying a machete. When asked why, he said it was to defend from rattlesnakes. I commended his watchfulness but pointed out that to use a machete, at least the one he was carrying, he would have to put his hand within striking distance of the snake.

Watching your step and staying on trails or open rocks is the best approach.

Also, don't take bumps on a rock for granite (and old joke but it fits): 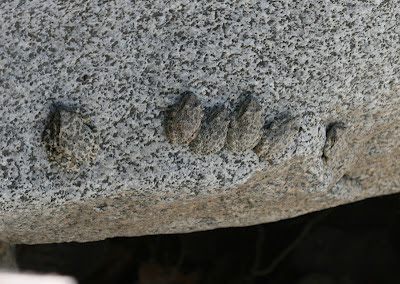 How many toads do you see in this picture? 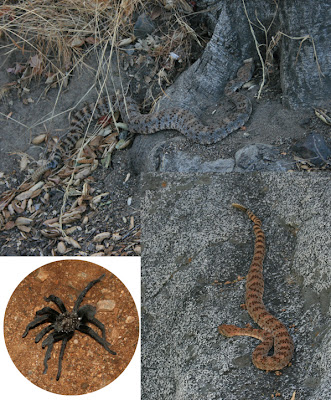 Below is is an Iridium flare caused by sunlight reflecting off the parabolic dish of a satellite that is part of the Iridium system. This one occurred due north of my location at Sept 1, 8: 25pm PDT. Polaris is the star next to the flare. You can see the little dipper extend up and left from Polaris. The photo was about 30 seconds at F3.2 at ISO 200. 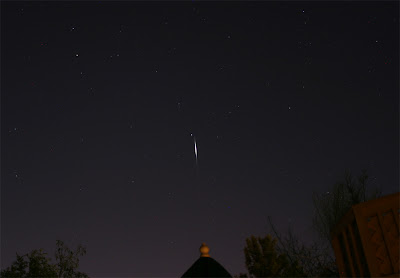