The vivid color of desert vegetation never ceases to amaze me. This year's flowering seems a bit prolonged, but that's just my personal observation. The first photos were taken on 5/29/10. 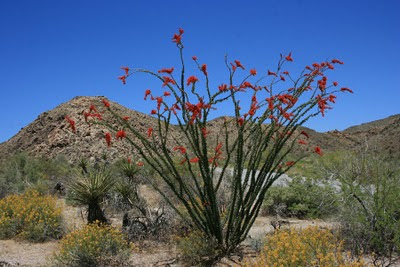 Flame throwing ocotillo (above). Ocotillo grow throughout the Southern California deserts, e.g., near Palm Desert and Borrego Springs. This one resides on the southern entrance to Joshua Tree National Park. I made no enhancements to the photo. 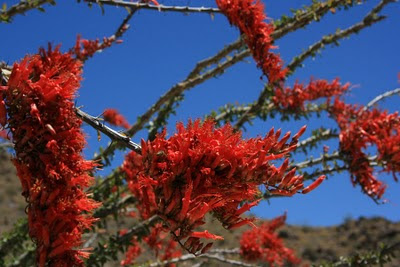 Close-up of the ocotillo flowers (above). No enhancements to the photo. 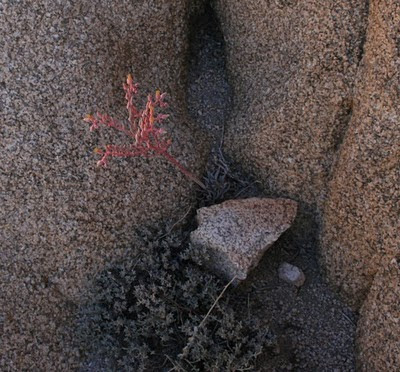 Something from the Stonecrop family (above). Being in the shadow takes away some of its vivid color. 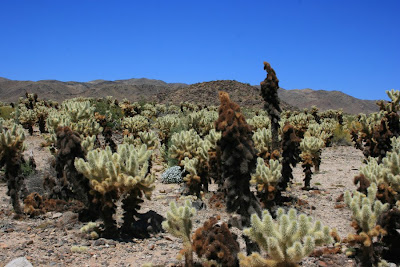 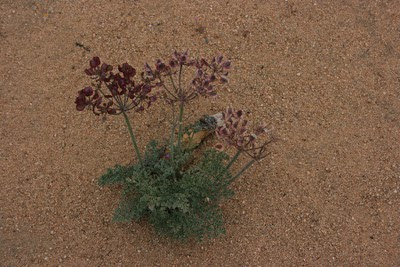 Looks like a garnish (above), but I didn't try it. Besides, vegetation is protected at Joshua Tree, as it should be.
The next set of photos were taken a week earlier, under an overcast sky. For these, the saturation levels were increased about 10 percent.
Here's an amazing bush that occurs sporadically: 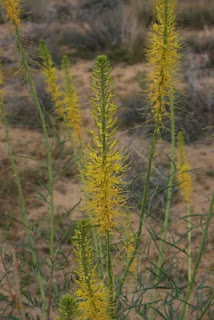 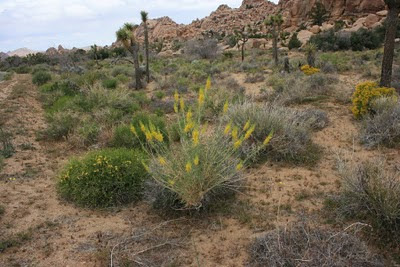 This resembles a poppy, but may be something from the mallow family... 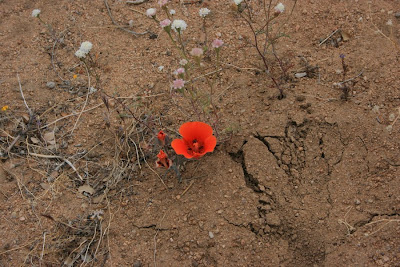 ... and is very tiny, as shown by the size 12 shoe. Frequent readers will notice I have new shoes :) 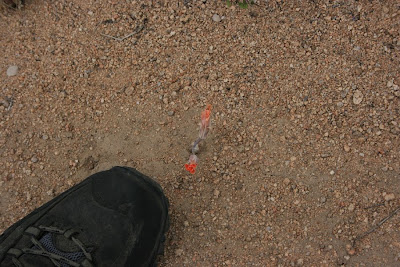 A flowering Mojave Yucca stands out in the distance. 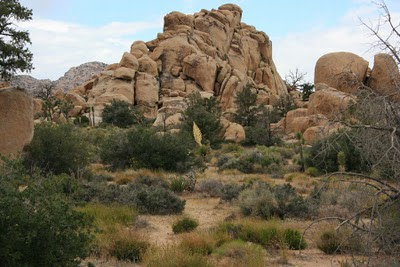 Reaching the yucca is challenging, for nearly every square foot of ground looks like this: 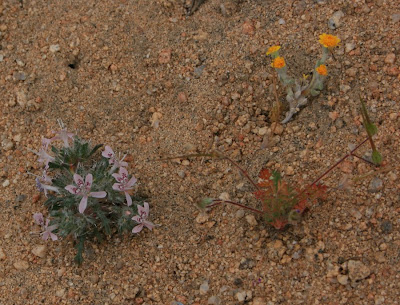 The yucca up close: 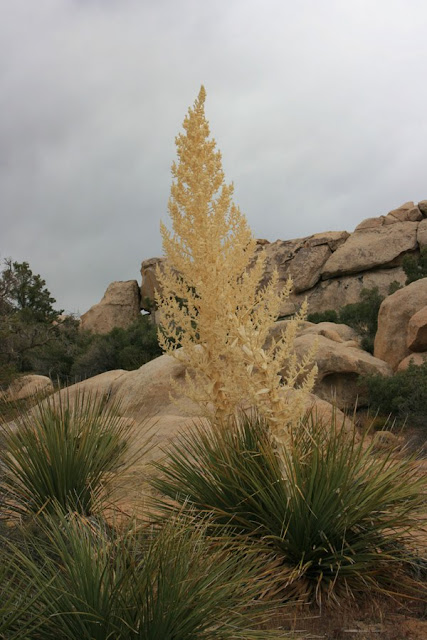 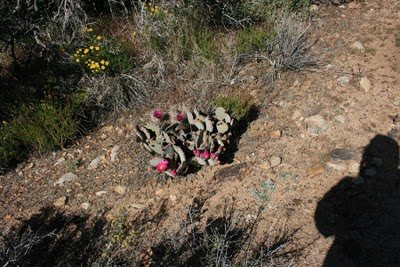 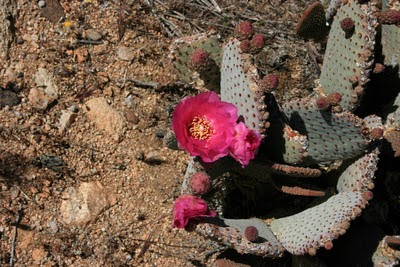 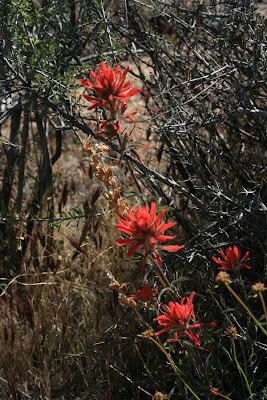 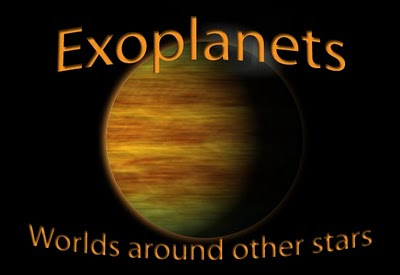 My first presentable draft of a presentation on exoplanets is on my website here. I will be presenting this in a lecture format to my astronomy club in June. After that, I may be presenting it at the Julian Starfest planned for August 7/8, 2010.

I'm using Flash media to create a Powerpoint-type of slide show, but the Flash format allows me to mix in interactive animation and eventually replace the jpg-image based illustrations with animated ones. I find that by not dealing with the page formatting hassles on Powerpoint, I can create my presentations more quickly, and then I'm left with a format that can be copied to the Web.

This presentation began with some help I received from Bob Grumbine's blog on understanding brightness temperatures and EM wavelengths. This made me a little more alert to the underlying concepts to what I was reading Nature about the detection of exoplanets and then the analysis of their atmospheres and temperatures.

As with all my projects, this is an ongoing learning process for me. I'll be embellishing (and correcting) my material, but as is, I think have a good introduction for the lay person. My online presentation lacks my narrative, and there are a couple interactive illustrations that need directions. I'll work on adding this when I can. I should also add the caveat that page loading is a little slow. I'll down-grade the image quality for faster loading when I can get to that and ensure that I don't mess up my source files.