It's Christmas day, and for many, we've opened our presents and now post-gift-giving depression is setting in. So why not read Part 3 of the Ghosts of Climate Past, Present, and Future?

This diagram is my favorite of the three I drew for this story, and it depicts a real tank that used to be parked in my neighborhood. 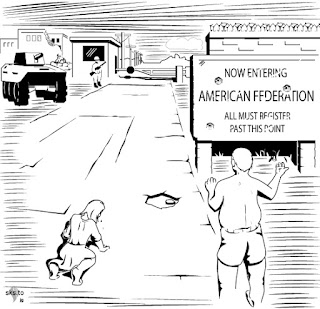 I love that I can finally use my neighbor's tank, though my memory of details is a bit faded because other neighbors found the tank an easy target of their complaints and had it removed the from street. I, however, loved the tank and thought it showed politeness from the owner: that is, among other neighbor's RVs and boats parked on the street, this neighbor was the only one attempting to camouflage his vehicle. (In case my joke isn't clear, the tank was painted army green with foliage-like splotches, colors you'd expect of a combat vehicle.)

The Ghosts of Climate Past, Present, and Future

I had the opportunity of contributing a few illustrations to a three-part post on Skeptical Science. The post plays off of Charles Dickens' A Christmas Carole and portrays an unnamed US politician being visited by the ghosts of climate past, present, and future.

This story shows a future under a plausible scenario in which humanity's greenhouse gas emissions continue the current trend resulting in a scenario labeled RCP 8.5, meaning the additional greenhouse gases increase the energy in the climate system by 8.5 watts per meter compared to pre-industrial conditions.

This figure is from a recent paper in Nature Climate Change by Fuss et al. the black line shows our historical emissions up to 2015. All lines after 2015 are hypothetical scenarios. Note that so far, we follow the red line leading to 8.5 watts per meter or global average temperature increases of 2.3 - 5.4 degrees Celsius. 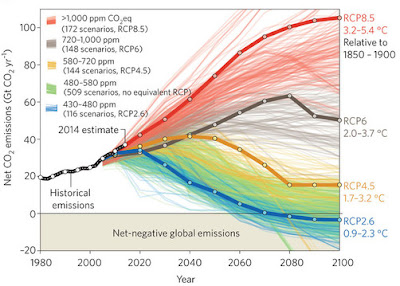 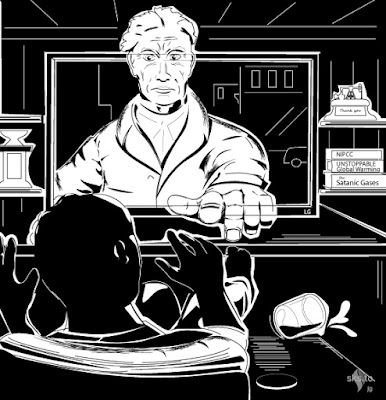 Ghost of Climate Past accosts an unnamed United States politician 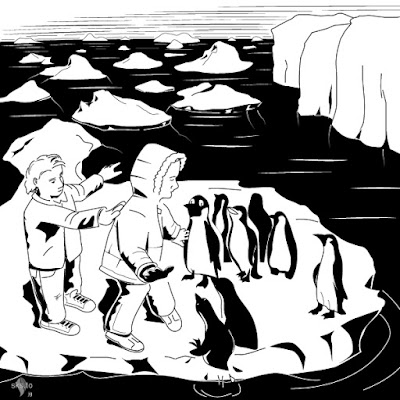 A Letter to My State Assembly Representative, Melissa Melendez, regarding Planned Parenthood


Dear Assemblywoman Melendez:
I don't like to engage politicians over issues related to one's core values, but I feel you've made an error in your statements and position regarding the operations and funding of Planned Parenthood. On 29 July 2015 you released a request for an audit of Planned Parenthood. While you have that right, and the language in your audit request is within the realm of acceptable discourse, it is your public statements accompanying this release that are inflammatory, display ignorance, and show indifference to common values of our nation.
Your actions created three errors that I expect better from my state assembly representative:


I come from a family that is majority women, any of which could need Planned Parenthood's services, ranging from contraception, cancer screening, prenatal services, adoption referrals, STI/STD testing, and abortion. What medical services they seek is their business. However, you've helped make it the business of would-be terrorists and witch-hunting politicians.
So please, walk back your public statements. Undo the damage, and show that you