The greatest advancement in astronomy is probably the computer, for amateurs and professionals alike. Stacking images is now routine procedure for images published by amateurs. I'm coming to this software angle rather late in the game. Here are my first attempts using Comet Lovejoy as my target and the free software Registax: 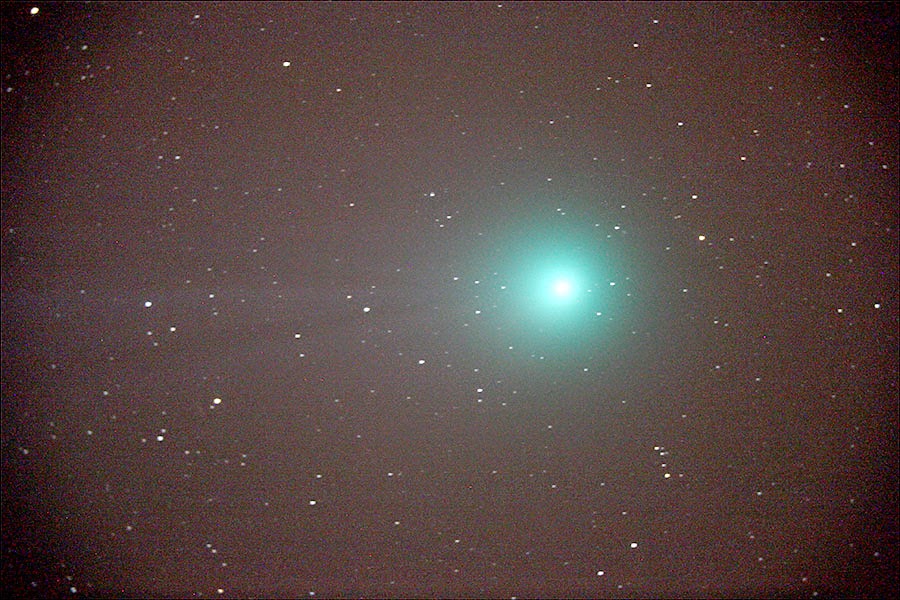 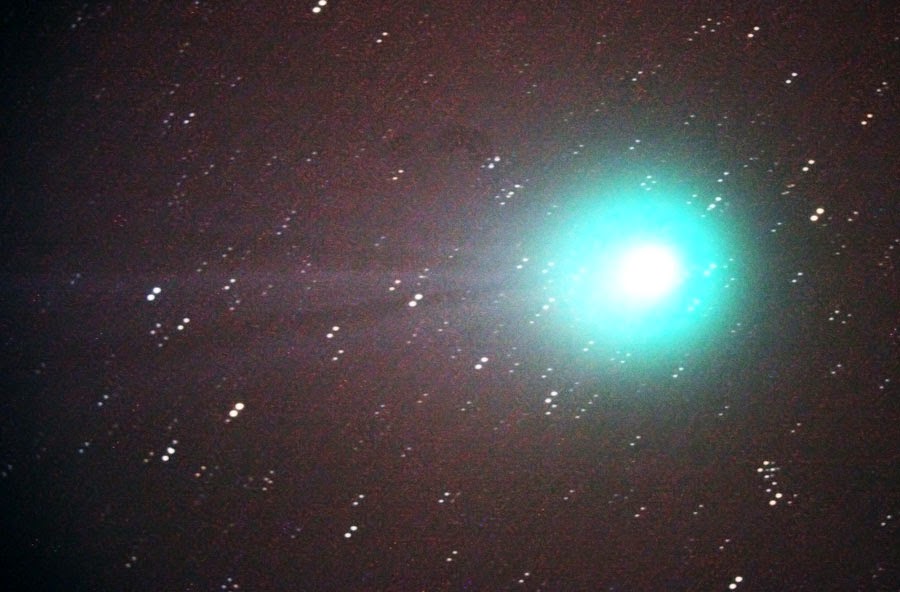 What a fabulous sinkhole for my time that has just opened up!

The past two nights I was able to photograph Comet Lovejoy, despite the onsite of clouds and rain. The sky was more clear on Wedns. night, shown by the better color and contrast in the first photo. 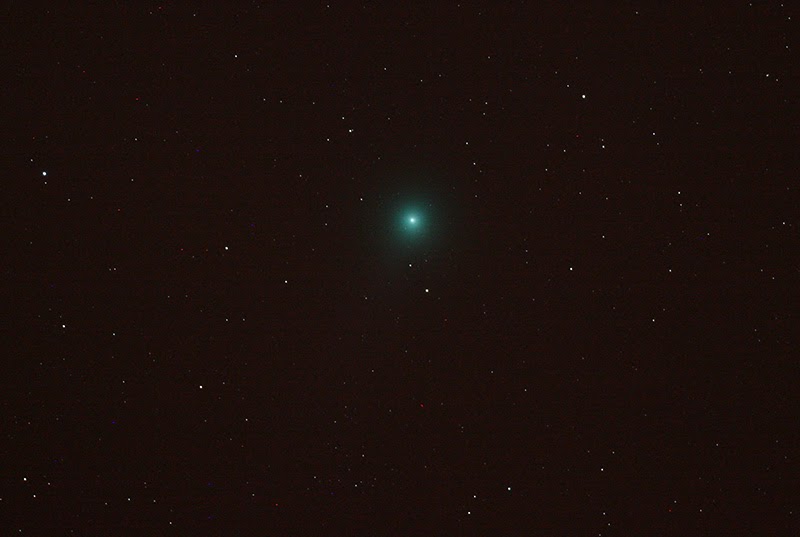 However, I was surprised to see the last night, when photographing through clouds, the comet had a more noticeable tail. 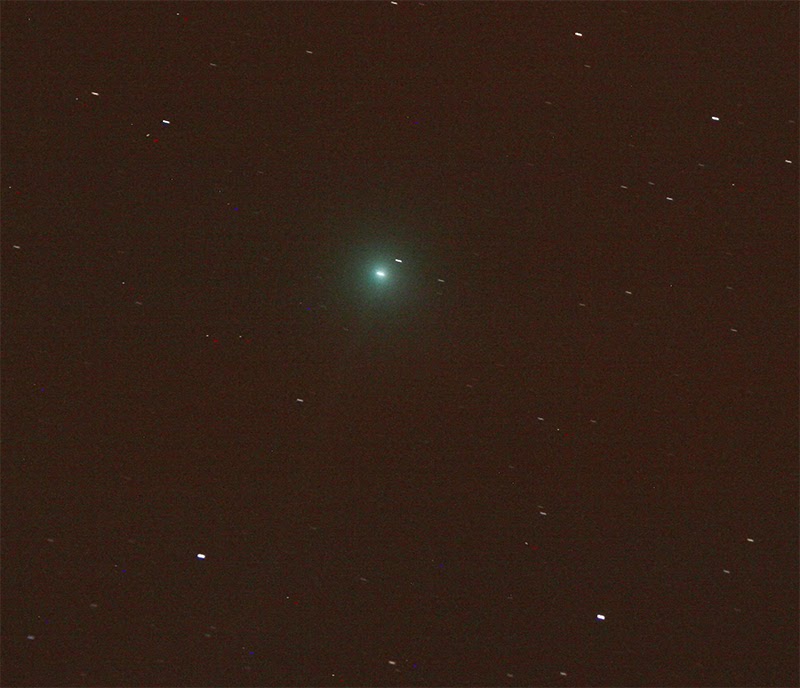 Also more noticeable is the slight drift or elongation of stars, caused by not having my camera mount accurately polar aligned. I couldn't see Polaris, so I had to guess at the alignment, and so the stars and comet show a little drift. I wonder if the drift motion, being at a right angle to the direction of the tail, helped enhance the tail.

What's that bright star in the south?

This time year people notice a bright star rising in the south in the early evening. While low, the star's light is scattered, creating a sparkling effect that's noticeable because of it's brightness. That star is the brightest star in our night sky, Sirius. (Pronounce in English as "serious"). Sirius is also the heart of Canis Major, the great dog: 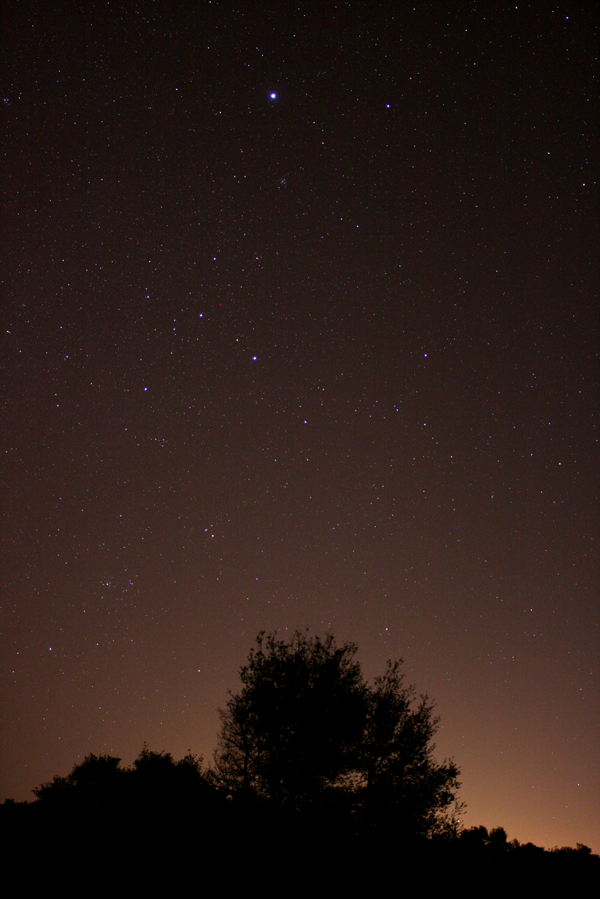 Sirius is a binary star system: two stars orbiting a common center of gravity. Sirius A is the brighter star, and Sirius B is the dim but observable companion. Sirius B can be seen in a telescope, but it requires good optics and good viewing conditions. However, the orbit of Sirius B is taking it to it's farthest point in relation to Sirius A, making it easier to see apart from the glare of Sirius B: 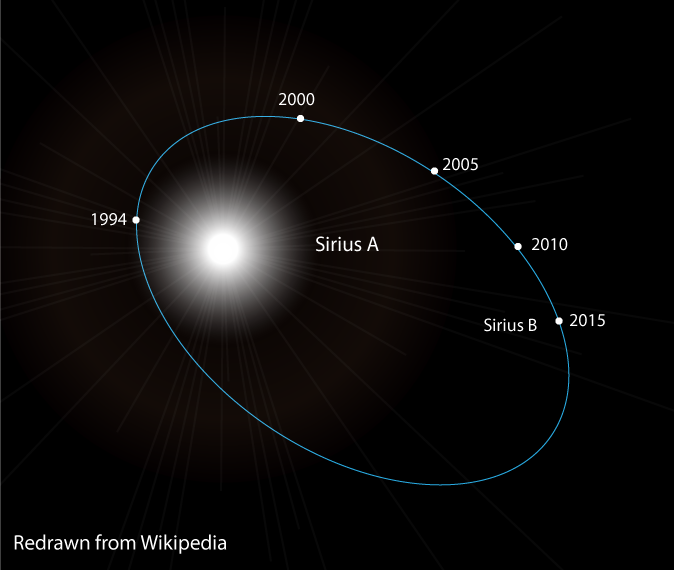 When Sirius is at its highest point in the sky, viewers in the lower part of the United States, Southern California for me, can also see the second brightest star in the night sky, Canopus. It appears in the bush of the picture above, but the following picture shows Canopus a little brighter after moving out of the bush: 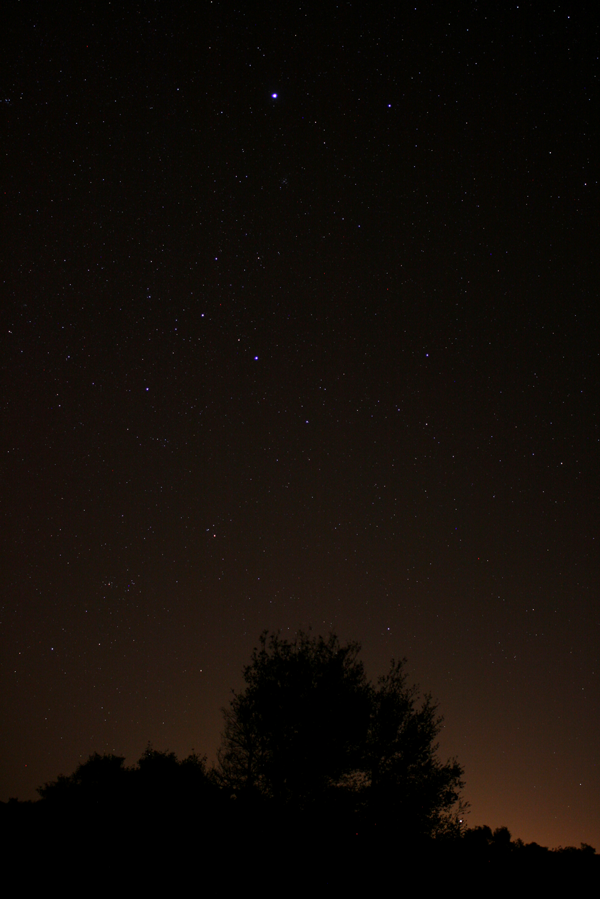 Look just to the right of the bush, the lower right, and you'll see Canopus just above the horizon.


Comet Lovejoy on 6 Jan 2015. Tomorrow, the comet is predicted to be at its brightest, but tonight the sky was clear and clouds are in the forecast for tomorrow, so this may be as bright at it gets for me. 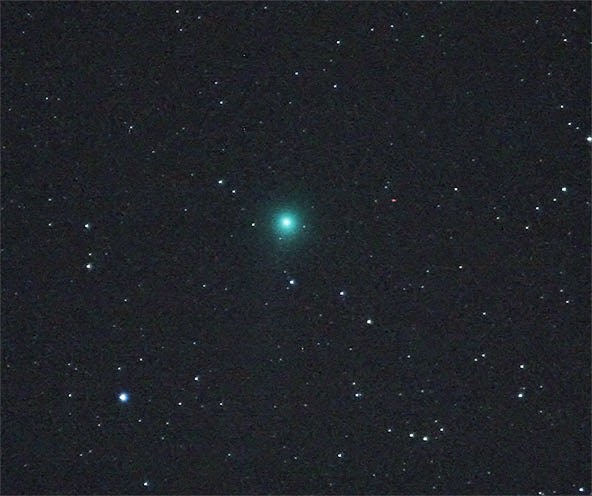