Astronomy is a 24-hour hobby, as I'm always seeing something worth capturing. Below is a Christmas sundog and an exceptional shadow from a contrail. 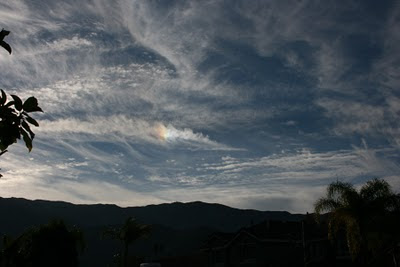 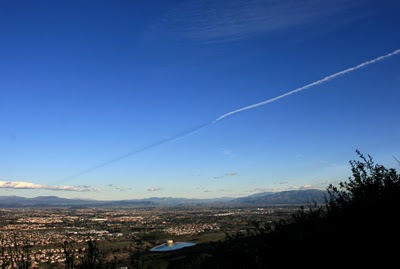 Contrail casting a long shadow
jg
Posted by jg at 9:19 AM No comments:

Almost two weeks ago, I had the honor of guest posting at Skeptical Science, sharing my latest illustration project, the Vostok Viewer, an interactive graphing tool that displays data from the Vostok icecore alongside calculations of Earth's orbit (data sources: Vostok; orbit; modern CO2).

I received a lot of constructive feedback and have started adding the suggested features. I've exposed my version 2 and qualified it as beta (in progress), as I have a couple known programming bugs: 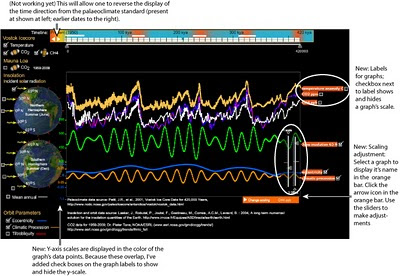 A cautious user (someone not trying to evoke a failure) will have the benefit of displaying graphs, adjusting their scale, and showing and hiding labels for an informative yet uncluttered display.

My known bugs are:
1. Displaying the modern CO2 graph while viewing a pre-modern time era will create a later failure where orbit graphs fail to update when changing time periods.
2. The graph labels may fail to align with their graphs when time periods are changed.
jg
Posted by jg at 9:18 AM No comments:

On Dec 1, I saw for my first time, a tangential arc, an optical effect caused by the refraction of sunlight through ice crystals. Also visible, though barely perceptible, was a circumzenithal arc. The top right photo was manipulated to bring out the color of the circumzenithal arc. 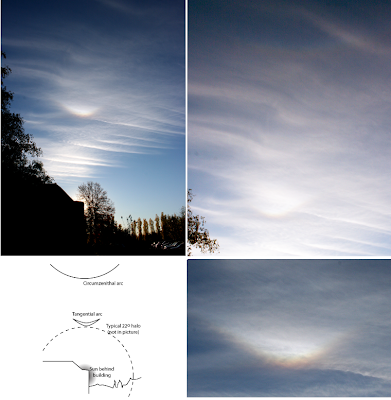 I highly recommend the website Atmospheric Optics to learn more about this an other related phenomena.
jg
Posted by jg at 8:02 AM No comments: