After reviewing a hundred nearly identical images I took during the May 15 lunar eclipse, I decided none cleaned up better than this 5-second exposure: 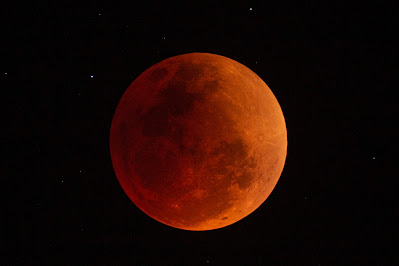 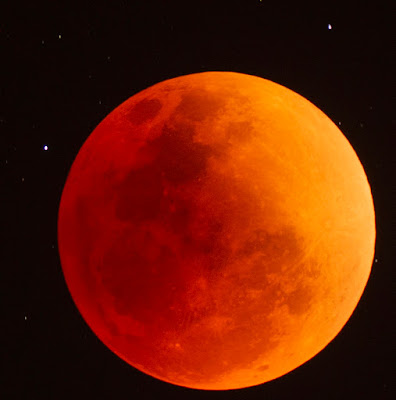 I've been seeing a number of eclipse composites, where the images of the entire eclipse event are superimposed on a scene. Most bother me, for the scale looks wrong. I prefer that composites be an honest depiction of scale and motion, or contain a caveat.

Here's the eclipse with a 28mm lens. 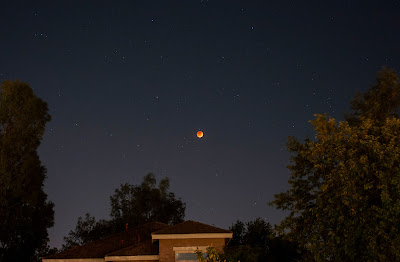 This shows the size of the moon against the roof line of a two story house about 60 feet away.

A half hour earlier, the moon was in the trees: 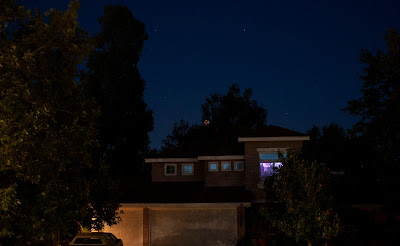 The distance the moon travels between my wide-field images and it's apparent size are hard to squeeze into these composites from other sources: 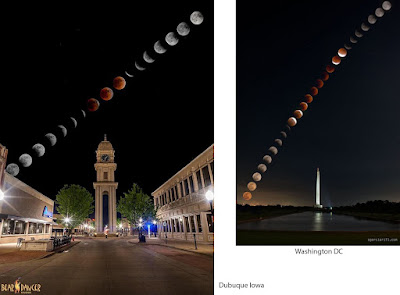