While I can't confirm that the Tau Herculid meteor storm delivered as a storm, I think it qualified as a shower, and as good as any I've seen or probably will see from my backyard balcony since the LED lighting revolution.

The meteors were notably slow and dim. Since I was pointing my camera near the radiant (apparent origin in the sky), the trails appear short because I'm looking at their paths head on. I also over saturated the color in the meteor images. The colors in the meteors, and the changes of color, confirm that these are burning light sources rather than reflected light sources from satellites. (I'm seeing more and more stock meteor photos that really are satellites, not meteors.) 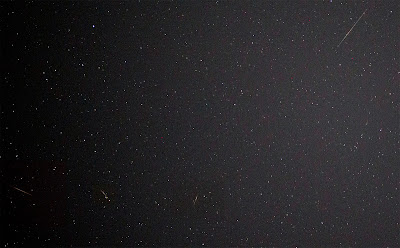