I'm enjoying hyperbole in the title. Last night was the lunar eclipse at perihelion and harvest moon. I was able to get photos with my 3-inch refractor by running back and forth along the front sidewalk to dodge my neighbor's trees. 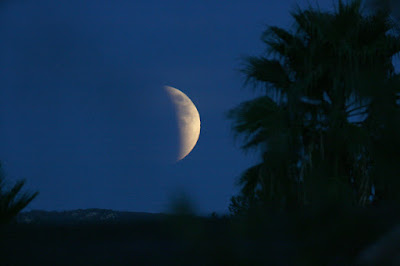 A little adjustment to the exposure brought out a double-red effect: red from lunar eclipse and red from being low in the sky. 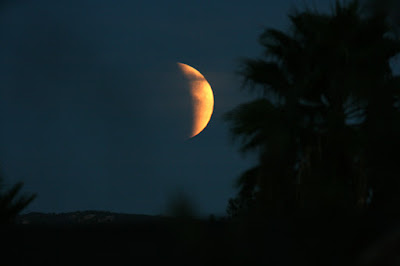 First blood, that is, the first photo that shows the moon completely red with a hint of an airplane in the lower left: 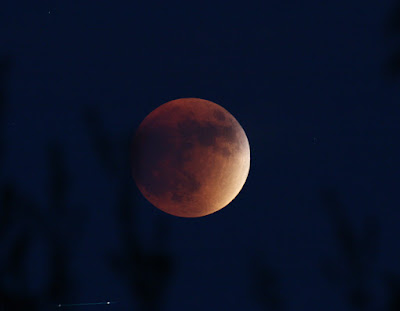 At this point, I started noticing stars in the picture: 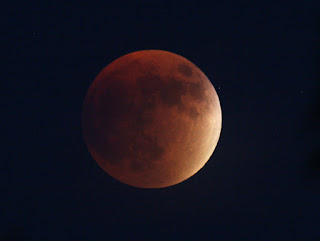 Here, I painfully discovered that in the rush to find a clear view between trees, I hadn't polar aligned my scope suitably for a 15-second exposure. I captured a plane in that time, but the stars and moon moved in picture, leaving them blurry: 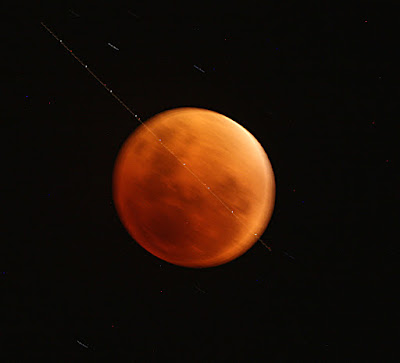 Polar alignment was corrected in this photo exposed long enough to bring the stars out: 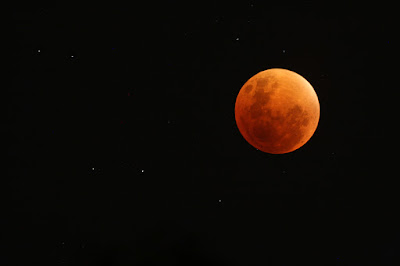 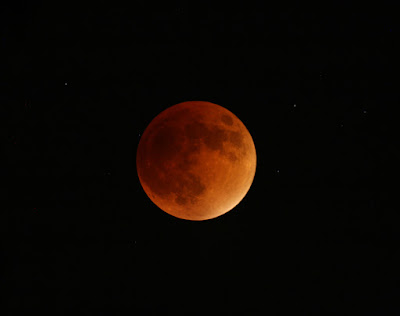 The minutes before or after totality are under-rated in my opinion. This is the best time to image a band of purple on the umbra's edge. 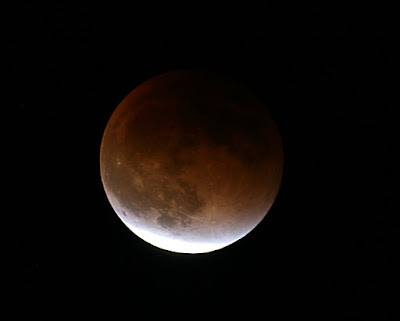 All of these photos were made possible by my neighbor's kind attention to good lighting.

This Saturday, Sept. 19, is another astronomy night in Marna O'Brien Park, 20505 Palomar Road, Wildomar, CA. Events include pizza sales starting around 6:00 pm, a telescope giveaway, a presentation around 7:30, and star gazing through telescopes till 10:00 pm.

The telescope giveaway is a free raffle of Galileoscopes, a 50 mm telescope that must be assembled. The assembly is a rewarding learning experience. At last year's event, a child assembled his scope during my 30-minute presentation. The Galileoscopes are provided by a sponsor, whose identity I don't know yet, but will be announced at the event.

Highlights of the evening are the crescent moon, Saturn, Ring Nebula, and the Milky Way.

The presentation is for kids of all ages and adults. The presentation will occur even if clouds scuttle the observing. Rain and severe weather will cancel the whole event, but neither is forecast for Saturday.