Lyrid, Meteor of the Century (again)

I captured a Lyrid meteor last night, shooting 30-second exposures between 11:20 and 11:50 pm. I caught two meteors in this time, but one made it easy to quit for the night. 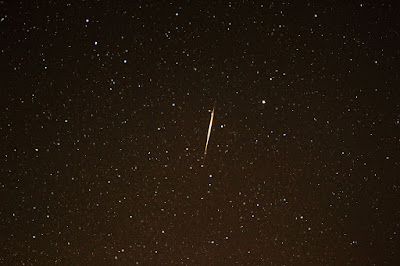 I didn't see the meteor, and noticed it only when examining my photo on the camera view screen. On a whim, I took a second exposure and noticed that the vapor trail was visible: 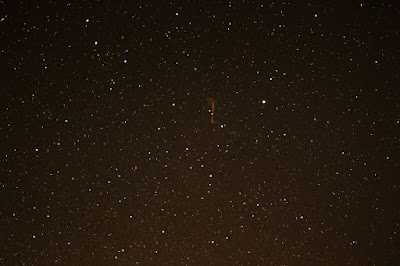 "This is interesting," I thought, so I tried to see how long the vapor trail would remain visible: 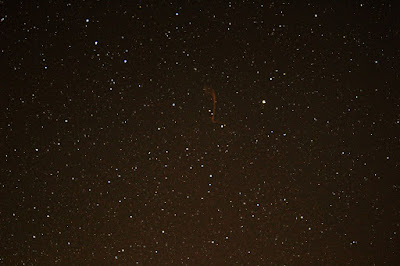 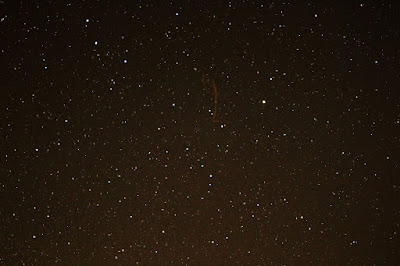 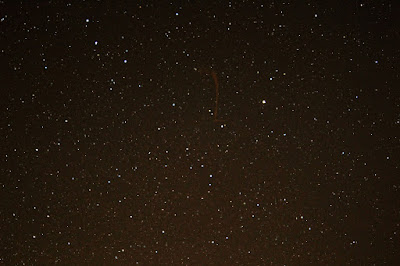 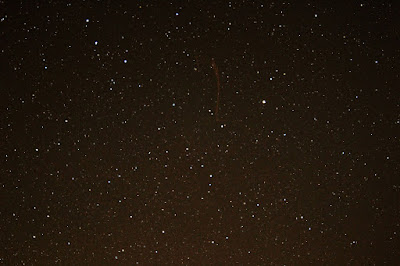 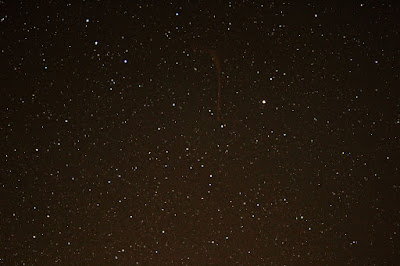 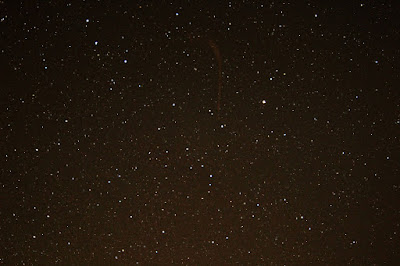 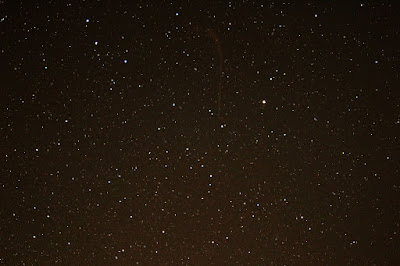 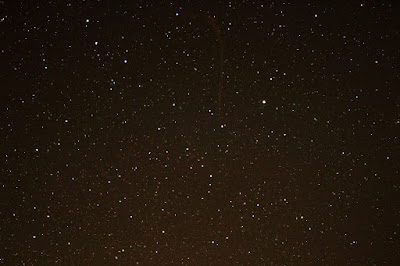 After about 5 minutes, the vapor trail drifted off of my field of view. I moved the camera twice before the trail was gone, and even captured a faint, second meteor next to the vapor trail. You will probably have to enlarge the image to see the 2nd meteor near the star cluster (Coma Berenices) in the top of this photo. 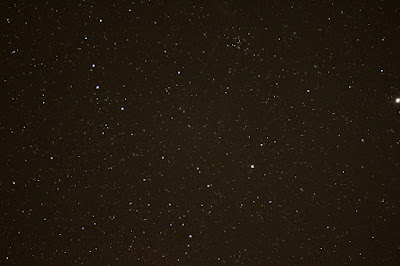 The last image I captured was very faint, so I boldy tweaked the contrast: 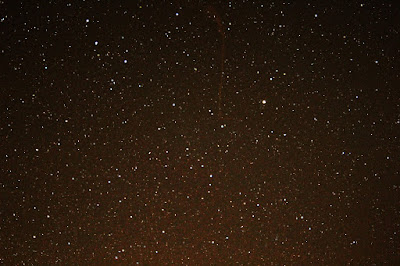 I also made a video of my images, but think just viewing the still photos in sequence is more effective:

About 12 years ago I created this diagram for the Santa Rosa Plateau Ecological Reserve. It has been on display at the Vernal Pool since then. I learned that it has been vandalized recently, so I'm posting it here should anyone wish a copy. 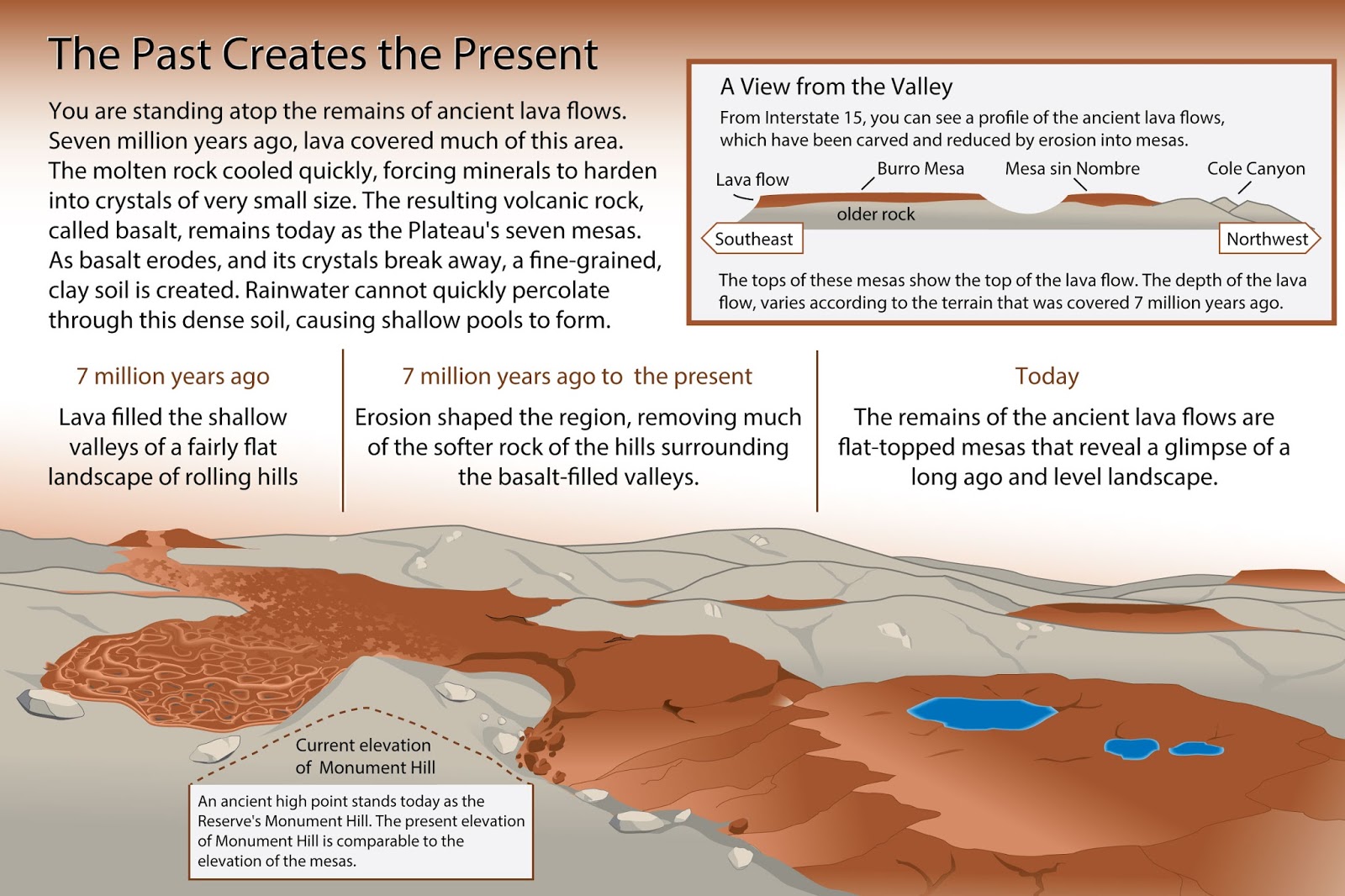 Ok. "Tose" isn't the name of the comet, but if you take out the 41p, hopefully the joke is obvious.

The night of April 1, I took photos of 41p using a 3-inch telescope at f5. My camera's remote shutter release has failed, so all my photos had to be shorter than 30 seconds: 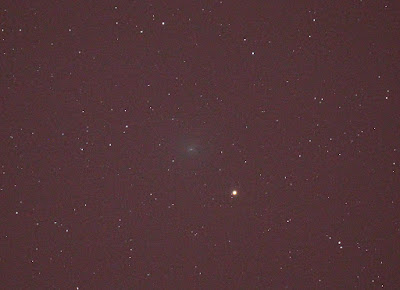 After some trial and error, I decided 20-second exposures at ISO 3200 produced a series of frames worthy of stacking (combining). 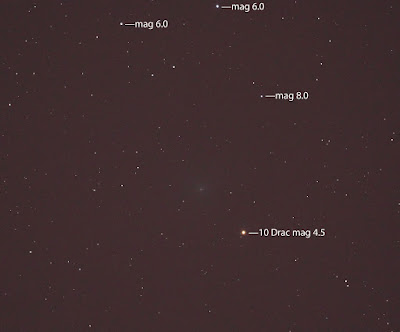 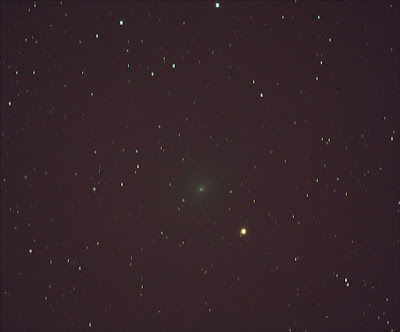 After playing around with image-enhancement features that I don't fully understand: 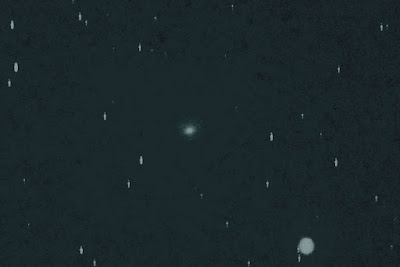 I also put together a video to shore some motion of the comet seen in the span of photos I took:

Update: more photos from the weekend. 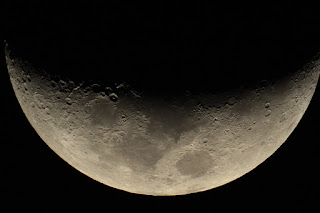 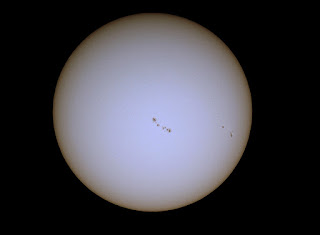 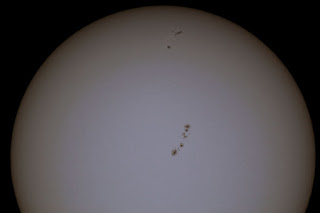