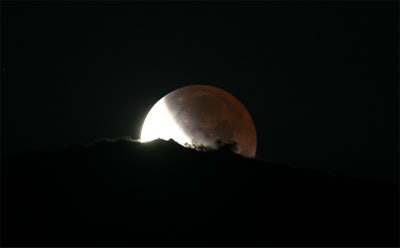 Above is a photo I took this morning around 4:40 am (PDT) of the partially eclipsed moon. Having observed many sun- and moonsets, I thought I had a good chance of being in the right place to catch this eclipse crossing the horizon while at it's maximum (peak shadow). Living in a valley, I have a high horizon, and I had planned to set up my scope about a 1/4 mile farther from the slope. When I checked on the moon at 4:00 am, however, I knew that within +/-10 minutes my front yard would be suitable. The plus or minus 10 minutes could easily be corrected by moving a short distance along my street, which I didn't need to do.

I know there are plenty of software programs that will show where an astronomical object will be from one's location, but the reason I dabble in science and astronomy if the fun of making my own predictions.

I live in a valley with western slopes capable of obstructing tomorrow morning's moonset. Since this moon set is near the summer solstice, I'm going to use observations of where the sun sets to estimate the location of moonset. If I'm wrong, I won't capture the delightful partial eclipse on a picturesque ridgeline. I pictured the geometry of the eclipse in my head and then drew it.

Here is the geometry I imagine for sunset at my location:

Below is my estimate of the geometry at 4:40 tomorrow morning:

If I get pictures, I'll add them. I put this up quickly for the fun of posting my guess before the event occurs.

Colors and Recovery, Lizards and Flowers

Within the last three years, the region south of Palomar Observatory burned. This fire displaced many people for a few days and even jumped an eight-lane lane freeway. This year I noticed an abundance of a plant commonly called "deerweed", though I object to the "weed" part of its name. 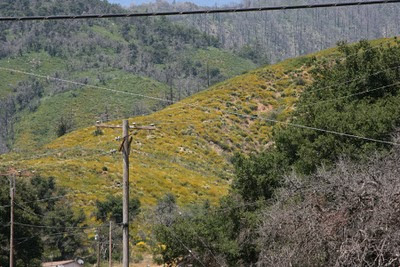 I'm presenting my show on exoplanets to my astronomy club tonight. A map to our meeting place is available here: Temecula Valley Astronomers meeting place.

My show, as well as my understanding of the content, has evolved. I've posted an older version that I will be updating after I finish my presentation here: Exoplanets


Not yet included on my online version are illustrations such as the following: 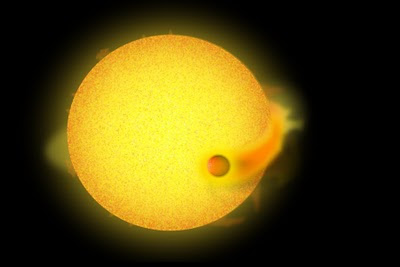 Illustration: WASP-18b grazing it's star's surface.
Such an event is expected to occur in the next million years,
assuming current Tidal Dissipation Theory is correct. 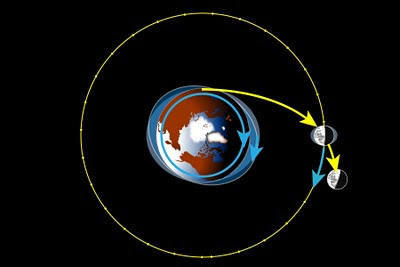 Above is the closing sequence of illustrations explaining how the moon is moving outward due to tidal forces transferring angular momentum of Earth's spin to the moon's orbit.
The above effect can happen in reverse when the star is spinning more slowly
than the planet, like WASP-18b: 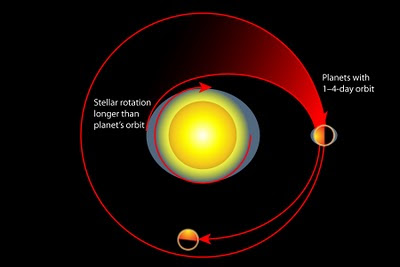 Above: The massive planet WASP-18b is orbiting at 0.02 AU and rotating faster than the star.
Here I've shown it pulling the tidal bulge of the star,
resulting in a loss of angular momentum and a closer orbit.
Tidal Dissipation Theory is based on observations of binary stars and of our solar system's gas giants. WASP-18b is a middle case between these and therefore a test of Tidal Dissipation Theory: 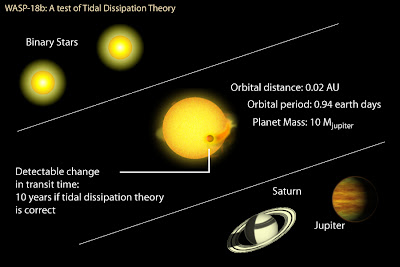 Astronomers project that within 10 years further observations of this system will show detectable change due to tidal dissipation. If such change is not observed, it will force a re-examination of Tidal Dissipation Theory.
As a lay observer, I see it plausible that tidal dissipation theory will be get revised. As pointed out by the review of the research (both review and paper printed in Nature 27 Aug. 2009), the chances of finding a planet with 1 million years left is 1 out of 1000; yet WASP-18b's discovery was 1 out of 320, a number in itself that's questionable given the newness of this area of research. I eagerly await the results, that is, whether 10 years reveals a decaying orbit.
jg
Update: It looks like I'm on the activities list for the Julian Starfest on Aug. 7/8; I plan to show Exoplanets then, which gives me two months to enhance, embellish and take requests.